Howdy to anyone who reads these!

This week has been really really productive. I got a lot of broad strokes features in. This of course will be followed by a period of "less" productive refinement where I need to fix all the little bugs/add small things to these features.

First up we now have a band creation screen in game! This means when you start a new game you will be able to make and name your band. Currently the only real customization is the ability to change how band members look and change their names. In the future I will be adding a skill point allocation system, the ability to add whichever traits you want, and to add/remove band members. Right now all those last three things are taken care of by the random button. So if you want a different band make up, then you gotta click randomize.

The second exciting thing is a main menu! No longer the does game start off randomly. You can now press a button that says NEW GAME, one that says LOAD GAME, and even adjust your audio settings! This is 21st century  stuff man!

Finally, I have started getting the steam page ready. I have submitted it so I should hear back by next week if I need to change anything. I still plan to do an Early Access release on itch before I release on steam. If you would be interested in beta testing or Early Access please let me know in the comments!

Here is a sneak peek at the store page: 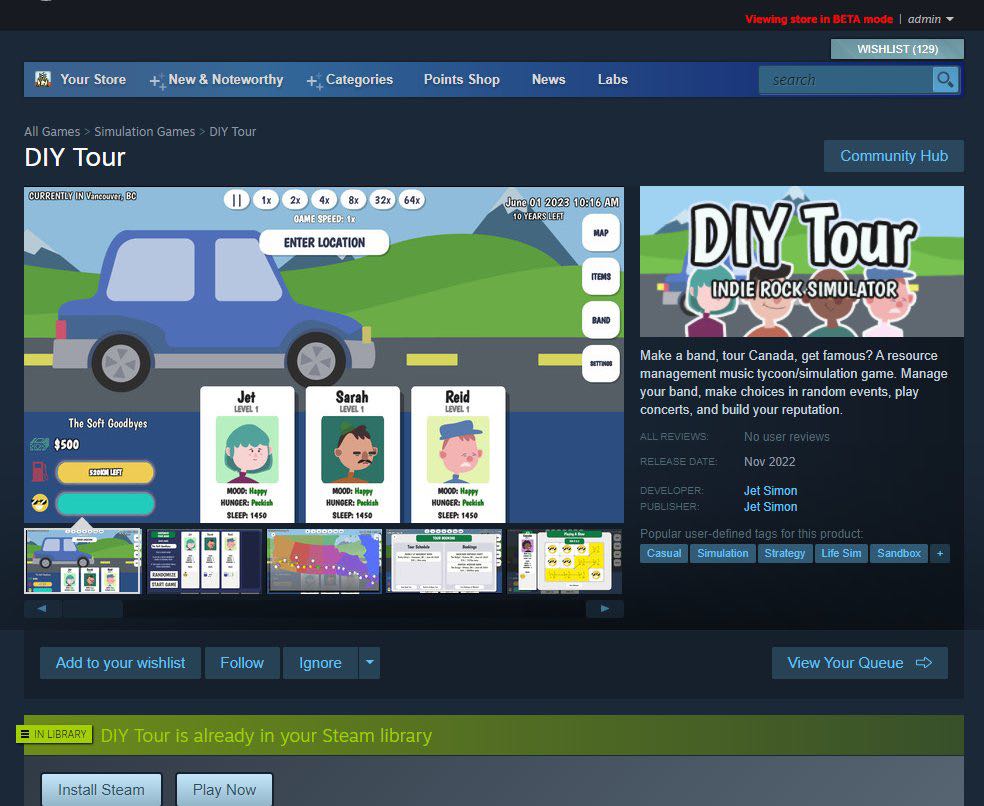 Psst, we also now have a Discord. Click here to join.