Today I added some traits into the game!

Each character starts with 1-2 random traits (can be customized in the character creator). Traits impact character stats, which are then used to determine the likelihood of a successful show. But that's not all they're for!

Traits are also used during random events. So let's say you're driving along to your next show and your car breaks down. Oh man! Well luckily your bass player, Andy, is a real smart cookie. Because he has the Brainiac trait, Andy can try to fix your car instead of having to call a tow truck and get it fixed at the next town.

You can also gain new traits through random events. For example maybe Andy gets hit on the head during a show. If you aren't able to get him to a hospital there's a chance he may not be a Brainiac for much longer... 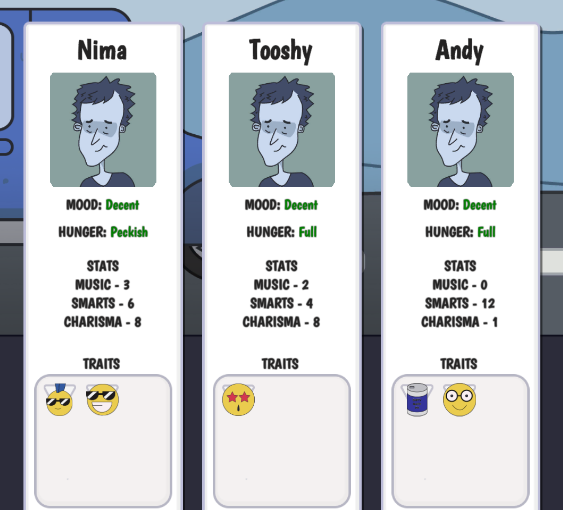 Can you guess what these traits are and how they impact your character? Do you have a cool idea for a trait? Comment below!